Following the breakthrough introduction of the Nagra II in 1953, the Nagra company started to grow and plan for an even more ambitious design.

The Nagra III was released in 1957 and was a technological breakthrough!

The fact that many Nagra IIIs are still working today speaks for itself.

The Nagra III is in some respects the father of all other Nagras as it bears the iconic large modulometer and rotary selector.

The Nagra III was used extensively in the broadcast and film industries, not to mention in scientific applications and location recordings more generally.

It allowed the sound engineer the freedom to move around capturing sounds never heard before.

More than 10’000 Nagra IIIs were built which makes it the most popular Nagra ever. 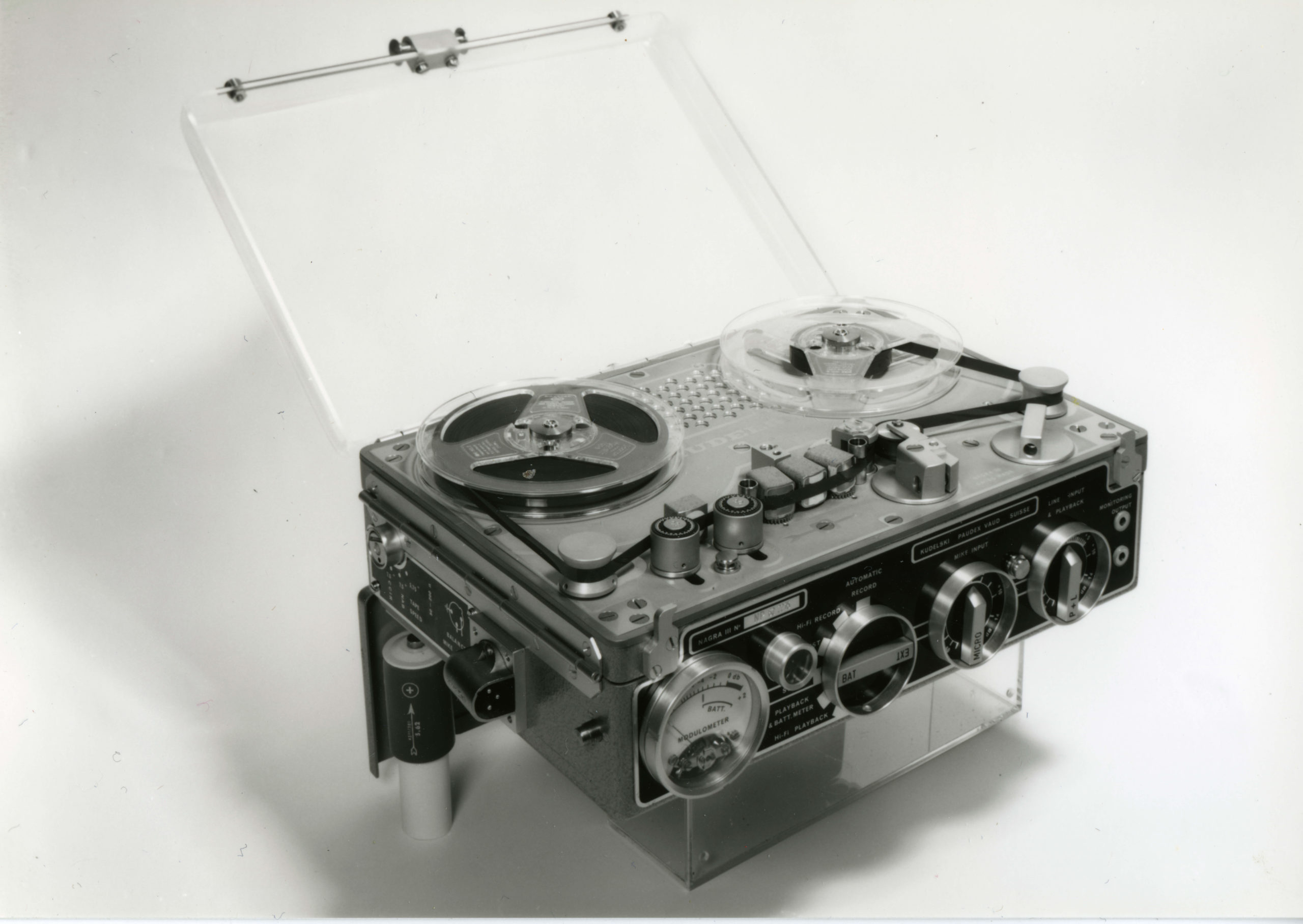 Other products to discover