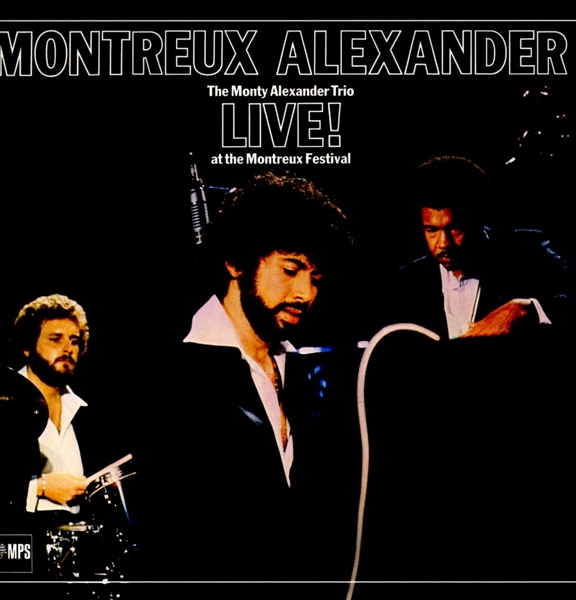 Fate put Sinatra, Jilly and the young Alexander together in the same Miami Beach night club six months earlier. Alexander was playing in the small front room bar of the club. Sinatra and Jilly were in the club. Alexander made quite an impression on Sinatra and Jilly – so much so that later in the  year, while playing in a Las Vegas hotel, Jilly connected with him and flew him to New York City to become the regular piano player at “Jilly’s”. This incredible convergence of talent and fortune combined to launch the still long-lived career of the Jamaican born pianist who had, only months before, immigrated to the U.S. with his family. The talent was apparent early on when, at age four, he began playing piano by ear. By the age of six he was enrolled in classical music lessons. At age 14 he could be found playing in Jamaican clubs and recording sessions. No one could have predicted that this talent would, by happenstance, catch Sinatra’s and his friend’s ears.

It was at Jilly’s that Alexander would entertain a Who’s Who from the “in crowd’ of Hollywood and the New York City music scene. Soon, he was invited to play parties at Sinatra’s Manhattan apartment. It was in this setting that he was introduced to Oscar Peterson, Miles Davis, Sammy Davis, Judy Garland and other celebrities from the music and entertainment industries.

Monty’s tenure at Jilly’s spanned four years. It proved to be the launching pad for the young jazz pianist’s career. He soon was regularly booked at the top jazz clubs of the time. Before he was 25 his name appeared on club billings that included jazz luminaries Ahmad Jamal, Dizzy Gillespie, Chet Baker, Cannonball Adderly and Earl “Fatha” Hines. He was also recording in these years with LP’s being released by RCA, MGM, Verve, and Impulse!

The 1970’s saw Alexander connect with Hans Georg Brunner-Schwer, founder of Germany’s first jazz label, Musik Produktion Schwarzwald (MPS). The MPS story is interesting in its own right and worthy of a brief detour here.

Bruner-Schwer was at once an owner of the electronics manufacturer, SABA, a pianist and an audio engineer. Wearing his audio engineer hat he was very particular about the audio quality of his recordings and utilized the top equipment of the day. Some of his recordings were made in a recording studio Brunner-Schwer built in the living room of his Black Forest villa. (Shades of Rudy Van Gelder?) Early on, with the lure of some of the most technologically advanced recording equipment of the day, he had the good fortune to persuade Oscar Peterson, who at the time was performing in Zurich, to come to the villa to record in a “house concert” setting on the studio’s Steinway. Upon hearing the recording, Peterson proclaimed “I’ve never heard myself like this before…” So pleased was he with the result that for years after he returned annually to record more live “house concerts”.

In 1963 Brunner-Schwer began producing records under the label SABA. It was in 1968 that he left SABA and founded MPS. In the years from 1968 until 1983 MPS built an impressive catalog of over 500 recordings. In 1983 the rights to most of the MPS catalog sold to Polygram. Brunner-Schwer continued recording, primarily classical music, under his new label HGBS Music Production. Although Bruner-Schwer’s death in 2004 paused the HGBS label for some years, recently his son, Matthias along with a friend and colleague have recorded and issued a number of new releases under the HGBS label.

As for the treasures in the MPS catalog, they have found a new guardian. In 2014 the rights to the MPS catalog were obtained by the German company, Edel. Edel has been curating and gradually releasing some of the gems in the catalog on audiophile grade vinyl and, in some cases, analog tape. In addition to offering recordings from Bruner-Schwer’s catalog, Edel is recording once again in the historic studio.

It is the 2014 reissue of Montreux Alexander that is the subject of this Recording of Note. Remastered and pressed on flat, quiet 180gm vinyl, the LP is a “triple crown” release, combining great music, a spectacular live performance and impressive sonics. Everything came together on this July 10, 1976 summer evening on the shore of Lake Geneva. Alexander’s playing was typical Alexander – energetic and dynamic yet tempered with creative subtlety and finesse. The music is easily accessible with covers of tunes authored by Ahmad Jamal, Duke Ellington and Nat Adderly. This is feel good music.

Complimenting Alexander’s artistry on this evening were two young musicians who have gone one to establish themselves in the pantheon of jazz greats – John Clayton, bass and Jeff Hamilton, drums. As he has done throughout his career, Alexander gives members of his trios or bands room to express themselves and allows them places in the spotlight. The combination of artists who formed this particular Montreux trio was magical. Their performing relationship extended for a number of years after the Montreux Alexander recording and has been reconstituted even in recent times.

The sonic success of this recording owes much to Bruner-Schwer’s production and his selection of the legendary English recording engineer John Timperley to capture the evening’s performance. Timperley’s workspace for this recording was the storied Mountain Studios located in the Montreux Casino venue. Mountain Studios was state of the art for its time. Designed by fabled recording engineer Tom Hidley, it served as the recording studio for years of Montreux Jazz Festival recordings. (A quick aside – Hidley’s talents were recognized early on. At age 25 he engineered a custom installation in Frank Sinatra’s home. He went on to design the Record Plant West in Los Angeles, The Manor Studio in England and became sought after for many studio designs around the world.) Hidley designs have at their foundation a focus on relatively flat frequency response at the recording position, low reverberation delay and extensive use of devices which Hidley coined “bass traps”. The combination of John Timperley’s engineering talents and Tom Hidley’s studio design coupled with the magical performance on stage makes Montreux  Alexander a true gem when heard through a revealing system.

Montreux Alexander is a great introduction to Alexander’s remarkable catalog of recordings. For more insight into Monty Alexander, the man and artist, consider Michael Fremer’s very recent video interview with Alexander. His enthusiasm and positive energy captured live on tape some 46 years ago in Montreux continues to this day.

Although not a substitute for listening to Monty Alexander in the flesh, here is a link to Alexander playing in trio format with Jeff Hamilton and John Clayton at the Marciac (France) Jazz Festival. His ability to still “keep the place jumping” is on full display.

Thanks to our partner Qobuz, discover this track and the full album here.

Thanks to them, you can get a free 3 months trial here.

Qobuz is a high-resolution music streaming and download service. Pioneer of high quality sound since 2007, the French platform offers a unique and exclusive music experience. Qobuz gives music lovers and audiophiles access to an unparalleled wealth of content: a rich and eclectic catalog of more than 80 million tracks available in the best sound quality (Hi-Res and CD) and original editorial content written by a team of experts, passionate about music.

Qobuz is also the only company in the world to offer streaming and download music in high resolution.